It’s a well versed rhetoric that in business, change is the only constant. A recent Forbes Insights report entitled “Making the Change” corroborates that assertion. The report suggests that 93% of U.S. based companies are in some state of change regarding their business model.

"According to recent research by consulting firm KPMG, businesses that aren’t thinking about transformation are all but irrelevant. Business transformation can mean everything from a major shift in IT systems to a large-scale innovative construction project or changes to business models and product designs." (Forbes Insights, November, 2014)

If organizations are to continually create value for customers, they must be able to adapt to an ever-changing environment (Öner et al., 2014). In order to do this effectively, there is an element of foresight required, which is a complex and conflicting process of analyzing, experiencing, interpreting, and absorbing uncertainties (Brown and Eisenhardt, 1997). To combat the unknown, organizations have to develop strategies that allow them sought after sustainable growth and the opportunity to build their businesses of tomorrow.  The process of building a vision, a strategy and ultimately seeing that vision through to fruition through successful implementation is known as “organizational change,” and more specifically as “change management.”

The literature on organizational change is filled with examples where a lack of change or a poorly executed change strategy has had far reaching and often catastrophic consequences for the companies involved.  Whether it’s Kodak, who filed for bankruptcy the week Instagram was sold to Facebook for $1 billion, giant retailers such as Borders or electronics communications company RIM (company who manufacture Blackberry) whose market value dropped from $90 billion to $4 billion in just a decade. These companies essentially lost or partially lost the fight for market share within their industry and struggled to manage the delicate balance between plans for growth whilst simultaneously running efficient processes for their businesses of today.

However, for every example where change hasn’t been strategically prioritized or implemented effectively, there is a corresponding example where a company has flourished under a successful business transformation. Consider Apple, who has seemingly revolutionized several industries through successful change strategies, including music and communication industries, yet started life as a computer hardware company – and were not market leaders.

Given the prominence of organizational change and the relationship it has with organizational outcomes, the primary focus of this paper centers on what makes change strategies work and considers various applied models from both academic research and business literature. We also consider the different drivers of change, the challenges and potential opportunities that exist within change strategies and assert a preferred model of change which Insights adopts within our own client engagements.

Beer and Nohiri (2000) asserted in their Harvard Business Review article “Cracking the Change Code”, that despite a minority of successful cases, very few companies manage the process as well as they would like.

"Most of their initiatives - installing new technology, downsizing, restructuring, or trying to change corporate culture - have had low success rates. The brutal fact is that about 70% of all change initiatives fail."

Beer and Nohiri’s 70% failure figure in their HBR article is aligned to recent academic reviews, which have estimated failure rates for change implementation as ranging somewhere between 28% to as high as 93% (Candido & Santos, 2008); and that these figures have remained relatively stable since Greiner’s (1967) seminal change meta-analysis reported an average failure rate of 73% (Bridgeforth, 2000).

So why is implementation of a change strategy so difficult?

There are several reasons for such apparent difficulty, but a fairly prominent reason is clarity around the measurement of success, or indeed failure. Change is multifaceted, and there exist a number of perspectives from which success or failure of a particular change program could be measured. For instance, Bridgeforth (2009) holds that culture is the most salient organizational construct within change; whereas Beer, Eisenstat and Spector (1990) consider the change problem in terms of implementation orientation, top-down (Theory E) versus bottom-up (Theory Y).

Organizational change has been of academic interest for well over half a century. Kurt Lewin (1947) pioneered research in this area and built a seminal three stage process that included an unfreezing, moving, and freezing stage. The unfreezing stage largely considers the individual and collective motivation for forthcoming change; the moving stage consists of implementing the change and the freezing stage is reached when the change becomes permanent, where organizations have essentially frozen the change in a successful period of embedding. Bridges (1991) model differs slightly and positions the change process as endings, transitions, and new beginnings.

Perhaps the most cited organizational change author is John Kotter. Kotter also maintains that most change initiatives fail, but frames the reasons for failure slightly differently. Much like the previously mentioned academic authors, Kotter sees change as a stepped process, but asserts that many of the failed initiatives have simply bypassed through certain steps in order to accelerate the result. He sees this as entirely detrimental and in the majority of cases, will result in the opposite of what was intended.

The most general lesson to be learned from the more successful cases is that the change process goes through a series of phases that, in total, usually require a considerable length of time. Skipping steps creates only the illusion of speed and never produces a satisfying result. (Kotter, 2007)

He asserts several reasons for this, eight in fact, which align to the eight stages of his change model. Kotter insists that organization change should focus on:

McKinsey Quarterly supports a position on change which is somewhat akin to Kotter’s notion that momentum is of central importance to any change program. They do this by referring to the relationship between collective and personal constructs of change as organizational energy. They hold that the success of any change program relies on the ability an organization has to mobilize and sustain positive organizational energy, which is characterized as the level of motivation, enthusiasm and intense commitment individuals have toward the change.

What distinguishes successful transformations from the rest? We've long been convinced that companies that can harness organizational energy during a change program enjoy better results than companies that cannot. The survey findings appear to confirm our hypothesis. We found, for instance, a strong correlation between executives who claimed that their organizations had effectively mobilized and sustained energy during the program and those who described the overall transformation effort as successful. (McKinsey Quarterly, 2007).

Drivers of organizational change can come from both internal and external sources.

In terms of external drivers, these are predominantly economic factors and business leaders are essentially looking for efficient and sustainable growth during time of change. This also does not mean there is wholesale change only once and this suffices. As the recent Oracle/Forbes Insights organizations must continually adapt to meet ever changing market needs and to stay ahead of competitors:

However, drivers of change do not solely rely on the economic forces operating outside a business. As Schneider, Breif and Guzzo (1996) rather discerningly observed at the time:

Here is the central point: Organizations as we know them are the people in them; if the people do not change, there is no organizational change. Changes in hierarchy, technology, communication networks, and so forth are effective only to the degree that these structural changes are associated with changes in the psychology of employees.

There simply needs to be internal drivers of change within the organization. An example of an internal driver of change is the readiness of the workforce to adopt the change. Many empirical studies have suggested that employee readiness is a critical driver of change success (Cunningham et al., 2002). Simply put, if employees do not have the subjective beliefs that change is needed or the organization is capable, initiatives are more likely to fail.

In 1944, American social psychologist Kurt Riezler wrote about the phenomenon of “Collective Insecurity.”  This is essentially the organizational equivalent of a “fear of the unknown.” He encapsulated this paradigm through an examination of the relationship between “fear” and “knowledge,” with a lack of knowledge (i.e. the unknown) being conducive to instilling greater levels of fear. This is very relatable to organizational change. Not knowing exactly how the change is going to pan out is a scary thing, there are often many unknowns and given the far reaching consequences of unsuccessful change, the fear around committing to it can often be amplified.

To combat this, there is a need for greater control and knowledge within in a change program, an element of being able to “control the controllables,” and like overcoming any rational fear, the best method is to do this one step at a time.

The first step involves getting absolute clarity on the frames of reference for the change program. This is absolutely pivotal and addresses one of the biggest challenges of change which is its multifaceted nature. This will also ultimately afford a measurement of success (i.e. we are moving from state a, which is…, to state b, which is…).

A second step is to get the reasons behind the change communicated in a way that is absolutely unequivocal and inspiring. In other words, we are transitioning from State A to State B and State B is better for reasons X, Y and Z. This alleviates another challenge in that the readiness for change increases and there is a higher degree of organizational energy and appetite for the change to occur.

Once organizations know what the desired state is and the reasons for doing so have been communicated, understood and embraced, then implementation can start to occur. During this phase there should be regular updates, increased accountability and the requisite support individuals need to ensure the business is achieving the steady and sustainable growth that is sought after. These new norms must then be sustained and monitored and modified if they are not delivering the desired state. Finally, it should be noted that the change process is cyclical. If organizations are to adapt to ever changing market needs, one off whole sale change is not the solution.

Successful change is clearly achievable; many companies are on successful journeys every day and although a degree of fear often accompanies journeys into the unknown, there are steps that can be taken to ensure there is a degree of control maintained. These steps can be roughly summarized as: 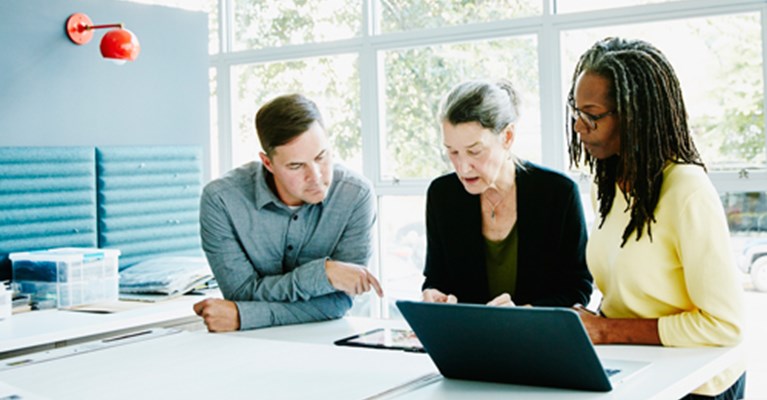 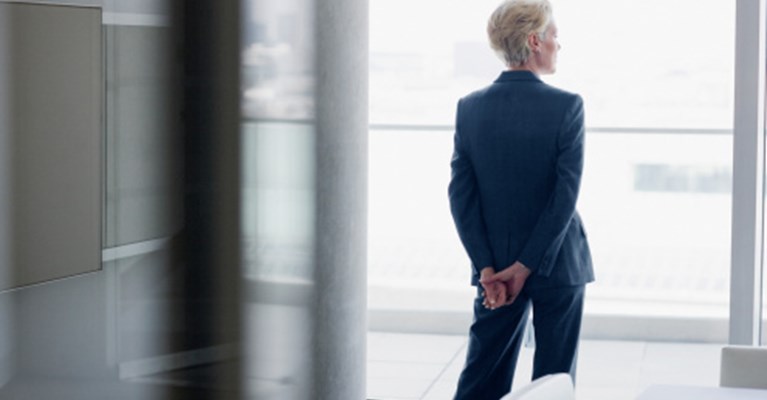 Dealing with resistance to change