In most organizations, employee engagement is one of the critical priorities for HR departments and management teams. But that wasn’t the case just a few years ago...

While most people understand that engaged employees are often happier and more satisfied in their job, the main reason that engagement is now a focal point is because it leads to real business results. High employee engagement can lead to better productivity, reduced turnover and increased revenue – among other things. So what is employee engagement and how do you create an engaged workforce?

Employee engagement’s prominence in organizational concerns is largely down to a shared and somewhat inherent belief that it is linked to productivity. What may surprise many people is how certain countries, such as the United Kingdom, do not currently fare well in engagement levels compared with its peers. A global survey of 6 million employees by the Hay Group (2013) found that 65 percent of UK employees are engaged. This is below average worldwide and way below countries such as US (72%), Austria (76%), Spain (72%), Netherlands (71%), Italy (69%), Canada (69%) and Belgium (69%). The study also found that the average engagement level in high performing companies globally was 73%.

A 2011 survey by the Office for National Statistics found that on a worker-to-worker productivity basis, the UK is 20 percentage points lower than the average of the G7 industrialized nations. This is a staggering figure, however the UK is less than two percent less engaged that the average G7 country.

The relationship between engagement and productivity will be explored alongside an examination of what employee engagement actually is, its pre-determinants, and impact on organizations later in this paper.

What is employee engagement?

This definition may be suitable for some organizations, job roles and employees but not all. Some job roles in, for example, manufacturing, include repetitive work, do not necessarily evoke intellectual engagement, nor do some people seek intellectual engagement from their work. It may be that in these circumstances the other dimensions have a substitutionary role in overall engagement.

“A workplace approach designed to ensure that employees are committed to their organizations goals and values, motivated to contribute to organizational success and able at the same time to enhance their own sense of wellbeing”

Guest’s definition brings in the dual role to the theory of engagement, in that it is positive not only for the organization but also the employee. It also explicitly links the concept of motivation and that this is evoked through conditions placed within the workplace.

However, perhaps the most well-known definition of work engagement is that of Schaufeli and Bakker (2004) who define it as an active, positive work related state that is characterized by vigor, dedication and absorption.

Therefore an engaged employee is not only interested in their work, but they will feel involved in it and have a psychological energy to undertake it. The word “state” also suggests that it is not a constant and that individuals may come in and out of it. This perhaps resonates with HR teams in regards to ongoing work required to maintain workforce in an engaged state.

Although there are similarities in the above definitions, there are obvious differences. In a review by MacLeod & Clarke, 2009 they found over 50 definitions of employee engagement. Therefore, in the body of research examining employee engagement there is no single definition or perhaps even concept being measured. In a meta-analytic review Christian, Garza and Slaughter (2011) found that engagement was a distinct construct from the likes of job satisfaction, job commitment and job involvement. After reviewing the evidence they defined it as “a relatively enduring state of mind referring to the simultaneous investment of personal energies in the experience or performance of work.” When measuring engagement they examined the willingness to invest physical, emotional and cognitive resources to work. This definition is perhaps the most compelling due to the fact it is research based.

In research, engagement is now more commonly referred to as “work engagement” rather than employee engagement. This is perhaps part of a concerted effort by academics to help better define engagement and help differentiate it from the likes of organizational commitment and job satisfaction, although there are bound to be correlations with such constructs. Given the many definitions of engagement, drawing definitive conclusions is challenging but this does not necessarily mean that the research is inadmissible. What this does mean is that every study must be examined carefully and on an individual basis and must be considered only as part of the piece of a larger more complicated picture.

Engagement in the workplace

In practical terms, it can be useful to know what HR professionals believe to be the signs of an engaged workforce. The Institute of Employment Studies has researched just that and outlines the following behaviors as being characteristic of those who are engaged:

Looking at these behavioral characteristics it is hard to interpret them as anything but positive; which is no doubt why the concept of employee engagement is so appealing to organizations.

Is having engaged employees important?

Despite the massive interest, activities and strong belief in the importance of employee engagement, there has not been the level of study or definitive evidence that many professionals would expect. It is even argued that what engagement is or does has not been rigorously conceptualized, much less empirically studied (Macey and Schneider, 2008). For many, there is an assumed causal relationship between employee engagement and productivity but it is important to look at the factual evidence.

In a similar concept - job satisfaction - an analysis of the evidence available showed that over 90 percent of the published studies showing a relationship showed no evidence of causality and the correlational relationship with performance was just 0.2. This means that the 96 percent of variance in performance cannot be explained by job satisfaction. The evidence surrounding employee engagement is arguable of a similar quality (Briner, 2013).

However, clearly motivated by the lack of quality research Christian et al (2011) analyzed over 200 engagement studies to define and predict the antecedents and consequences of engagement. They defined the concept (as previously mentioned) and used only studies which measured one of their determined constructs. In their model of work engagement they anticipated that engaged employees would result in increases in task and contextual performance – with task performance being directly related to the work they were assigned and contextual performance the work out with the formal boundaries of their role, facilitating the organization at large.

Traditionally engagement has been thought to influence the contextual performance more than task performance. However, in this meta-analysis, engagement was found to be strongly related to both of these types of performance. This is certainly one of the most compelling pieces of research into work engagement and its finding supports the investment in engagement-building activities to impact upon employee productivity.

Important factors for productivity beyond engagement

When striving for engaged employees to achieve higher productivity, employers need to remember that there are additional factors and structures that need to be in place. In the global Hay Group study (2013) over 40 percent of employees indicated that their work did not have the conditions in place to support high productivity. So even if staff is engaged and motivated, it could have limited impact if they cannot act on the things they want to do. Some of these structures were identified by Robson, Perryman and Hayday (2004) as:

Organizations should ensure that they have these supporting structures in place to enable productivity from engagement. It could also be argued that many of the above are also employee engagement enablers, such as good quality line management.

The “people factors” that affect engagement

Every person is unique, and there are factors that individuals have that will affect their level of employee engagement. The study previously mentioned for the Institute of Employment Studies, Robson, Perryman and Hayday (2004) found a number of characteristics both personal and job related, that have an influence on engagement. These are:

So there are certain individual factors which are their own enablers or inhibiters of engagement. This evidence also adds an additional dimension to the engagement productivity debate as, for example, a long serving employee may be less engaged but due to their excellent knowledge of the business may be more productive than their shorter time served more engaged counterpart.

The yearly appraisal evidence also shows the power of simple organizational interventions which can stem from good managerial policies and procedures. The types of reward and recognition for longer serving members of staff may have an engaging factor. Organizations should examine the factors above and implement approaches which they anticipate may help engagement in their individual organization because just like people, every organization is different and will require a different balance of strategies. Subsequent study of the results of these strategies in relation to engagement should be undertaken as only then can their value be known.

Drivers and enablers of employee engagement

Some studies have aimed to identify drivers and enablers of engagement. The Institute of Employment Studies found that the biggest driver for engagement was a “sense of feeling valued and involved;” within this there were several important components which included involvement and decision making, the extent to which employees have to develop their jobs and the extent to which the organization is concerned for employee’s health and wellbeing. These are very similar to the conditions required for employee empowerment otherwise referred to as intrinsic motivation. This further emphasizes the relationship between engagement and motivation.

These enablers were identified from the authors consulting with many employee engagement experts and academics who time after time noted many of the same enablers. This evidence is quantitative in nature but valuable evidence for how to nourish engagement in any organization.

To return to the question of whether a two percent lower score in engagement can result in 20 percent lower productivity for the UK, the answer is that we simply do not know.

The concept of engagement since its emergence in the 1990s has grown rapidly. However this growth has been in the form of an intuitive concept. The research and evidence did not develop at the same rate. In many respects the pace of growth of the concept may have impeded the academic evidence as it grew and developed in this form, faster than it could ever be studied. This may be why in the last few years when researchers have begun to claim back the concept that it had to be deduced from the fifty separate definitions it had become. Now we are entering into a new engagement era. Rather than it being a case of the Emperor’s New Clothes, the academic community has gradually started to acknowledge the deficit in definition and quality research. Markedly we are now entering an exciting time for engagement both in research and application with the engagement being defined and predictions for its impact being theorized and studied.

In reality, the fact that evidence has not been gathered does not mean that organizations efforts towards their own definition of engagement have been unproductive. Just because it is not being measured does not mean it is not there. Many HR teams will swear by the impact of their engagement initiatives and will be right to, and undoubtedly many will more than benefit from some direction that research may bring. 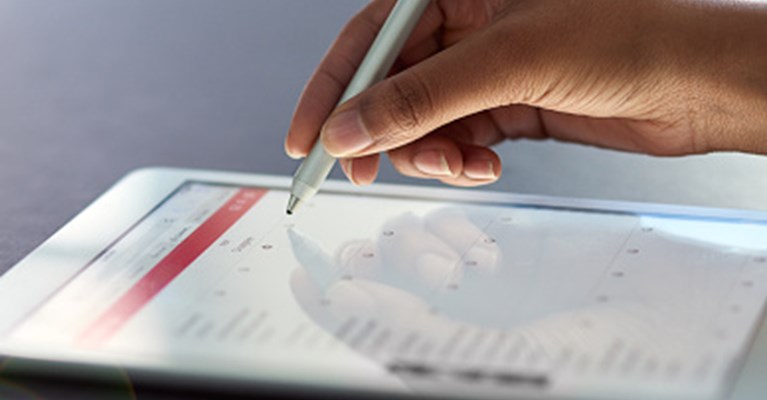 How to create an engagement survey 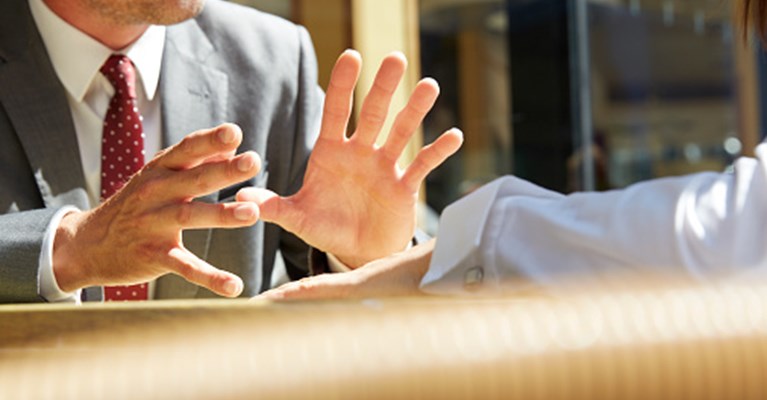 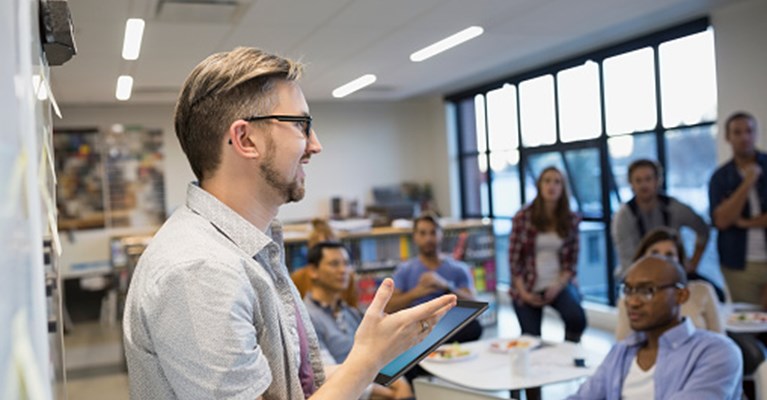 Engagement through the lens of leadership 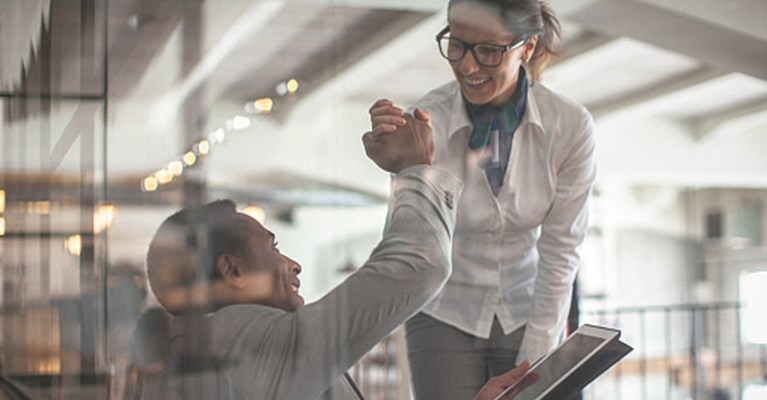