I would never pretend that I’m the world’s biggest soccer fan – but my 15-year-old son just might be. Every evening I get a detailed update about the World Cup and for that reason, I think it’s reasonable to say I hold a pretty informed view.

And, having reflected on this since the first ball was kicked a few weeks ago, I’ve realized that what interests me most is the humanity on display. There’s something crystallizing about international sports events, which bring the best of humanity – and sometimes the worst – together in one place. Sure, for some it’s the skill on show, for others, it’s the strength of character and dogged determination on display. But for me, it’s the intense humanity of it all – and I just can’t look away.

At times, international soccer may be a corporate machine, but I’m interested in the stories behind the players on the field. Soccer is a rare arena where the kid who grows up with nothing can become the player who has everything. Consider Romelu Lukaku, the Belgian international who knew at the age of six that he’d have to become a soccer-playing success when he saw his mother diluting milk with water to make it stretch to another meal. His self-belief at such a young age is compelling, and it’s a direct link from that attitude to his career success.

In his own words,

Or Raheem Sterling the England international whose father was murdered when he was two years old. His mother then took the courageous – and heart-breaking – decision to leave a young Raheem and his sister in Jamaica so that she could go to England, get her degree and provide a better life for the family. After the family was reunited in England, and Raheem showed an aptitude for soccer he started training with Queens Park Rangers (QPR). Raheem and his sister would take three different buses so he could train with the club, while his mum worked to pay the bills and provide for the family.

We’d leave at 3.15pm and get home at 11pm. Every. Single. Day. She’d [my sister] wait until I was done with training. I never once heard her say she didn’t want to take me.

For me, these examples demonstrate that self-belief is just as important as the physical factor. In fact, when all things are equal – be it skill, coaching quality or fitness, it’s the self-belief that makes the difference between winning and losing. After all, athletes are humans first, and with that, they’re both inherently gifted and flawed. In that sense, they’re no different from the rest of us.

If you’re putting off a difficult conversation, experiencing change or preparing to step into the unknown, your self-belief will be critical to your success. Helping people make a positive difference in everything they do is what Insights is all about, so if you, your team or your organization require some serious self-belief, come and talk to us.

As the Chief Executive Officer (CEO) at Insights, Fiona is responsible for the sustainable growth of the organisation to achieve our ambitious goals. 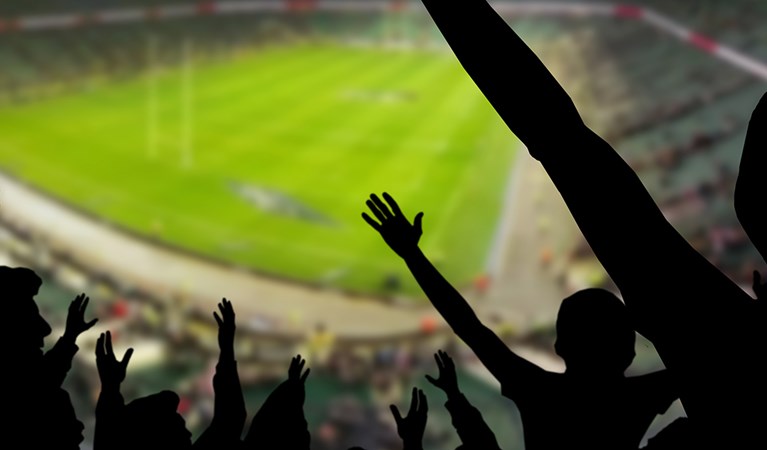