Why is psychological safety important and how can you create it? Read on…

Making people feel safe at work. It’s a phrase that’s taken on a whole new meaning in the past year in the fallout of the pandemic. For some employers, such as those on the frontline, making people feel safe will have translated to providing adequate PPE for members of staff and creating robust processes to deal with all the new kinds of conflicts that have arisen. For others, it may have involved limiting the number of employees into offices at one time, or considering whether they return to offices at all. We’ve all had to think about our own safety at work – and the safety of others – much more in the past twelve months than we ever have before.

So, if the safety measures around Covid are the visible markers of safety in the workplace, psychological safety could be thought of as the opposite. It’s the invisible stuff, right? The stuff that can’t always be seen but is felt, intangibly, by every single person in the room. But before we go any further, let’s address exactly what we mean when we talk about psychological safety…

What is psychological safety?

The term ‘psychological safety’ was first coined by Harvard Business School Professor Amy Edmondson back in 1999, who said that “psychological safety is a belief that one will not be punished or humiliated for speaking up with ideas, questions, concerns or mistakes."

To put it another way, psychological safety is the collective understanding in a team or organisation that there won’t be negative consequences to speaking up, questioning, or challenging the way things are done. It’s a climate where people feel they can be open and honest without being labelled as disruptive – or one where they can make mistakes without fear of repercussions. And often, increased adaptability, innovation and engagement are the results of cultivating psychological safety.

Does psychological safety in the workplace work?

Many reports suggest that it does. LinkedIn calls psychological safety a critical component of high-performing teams and refers to Google’s research into the subject, noting, “The tech giant’s two-year study found that certain precise dynamics were necessary to create a successful team – dependability, meaning, structure and clarity, impact, and psychological safety.”

McKinsey’s study also found that organisations with a climate of psychological safety are more able likely to innovate quickly, unlock the benefits of diversity, and adapt well to change.

All the good stuff, right? So now we know what it is, and we also know that it works. How, then, do we go about creating psychological safety in our organisations? Here’s our take on it…

In broad terms, it’s easy to philosophize on the value of failure and the important part it plays in the road to success. It’s a little less easy when the failures are closer to home. You know, when they’re happening in the team we’re leading, when other people in the organisation are seeing them, and when there may be questions about overall competence or even our own leadership capability. So how do we address mistakes and missteps when we don’t want to be seen as a failure?

It’s about being vulnerable – and using that to build trust. We can build trust by talking about our own failures. We can build trust by having open discussions about team or cross-function projects that could have gone better. And we can also build trust by having our team’s back when they slip up, or fall short, or openly fail. It’s only when we actively communicate the message that’s it’s OK to fail that the real culture shift starts. And here’s the final point: we have to make sure that being able to ‘fail up’ is a privilege that is applicable to everyone – not just a select few.

One study by Gallup found that only 30% of US workers believe their opinions matter at work. Another study found that teams where the manager speaks more than 80% of the time or more were less successful than ones that had the opportunity to speak in equal proportion. The learning? Share the mic. Create a dialogue. Have a real discussion rather than simply dictating next steps. Because once the leadership team has spoken it’s so much harder for people to challenge it.

But here’s the thing: it’s not just enough to have the discussion. You also have to think about what you do with those opinions which may, of course, wildly differ to what you originally had in mind. Can you action some of them? All of them? Psychological safety is closely connected to engagement and if you want people to really feel engaged at work they need to feel heard. The way to do that is to enable them to have a real stake in – and the power to shape – future conversations.

A recent Korn Ferry report found that both managers and employees rate valuing differences as less important than other leadership competencies. However, we would argue that valuing differences is key to unlocking the potential of your people… and creating a real competitive advantage in your business. With that said, it’s a tricky thing to do. Think about it: if a leader is always praising the person who’s laser-focused on the details or who is brilliant at pitching new ideas to the c-suite then it’s hard to see where you fit in if you feel less competent in these areas. Right?

However, if everyone in the team knows and understands what they’re good at – and the rest of the team knows that too – then it levels the playing field. This is where Insights steps in. We believe that everyone has a unique combination of four different color energies, Fiery Red, Sunshine Yellow, Cool Blue, and Earth Green, and that each of our communication preferences has different strengths and weaknesses. Psychological safety is created when those differences are valued – visibly – by leaders and when the team knows that it’s those differences that make them stronger as a whole.

When we talk about the world of work and people’s preferences within that we may be guilty of looking only at the big issues, like remote working versus back to the office. However, there are several other touchpoints within this. As Forbes point out, getting to know how your team prefer to work day-to-day is huge, and includes everything from “preferred level of autonomy, ways to engage with you (email, phone, chat or video) to something as simple as what times of the day they are most effective or most creative, so you can schedule meetings and calls accordingly.”

At Insights, we always try to enable our people to show up at their best, bearing in mind that that will look different for different communication preferences. One small example of that is how we run our meetings, where we invite people to come on the mic or write in the chat depending on their personal preferences. In short, thinking about how you cater to different communication preferences within your workforce is never just one ‘big’ thing. You can only really embed psychological safety if it’s strategic and operational, big picture and granular.

You may have seen a few pie chart diagrams on your LinkedIn feed recently, showing how workdays looked before. The ‘before’ version goes like this: a real split between working, collaborating with colleagues, hanging out in the coffee area, and throwing about ideas in those in-between times. The ‘now’ version is different, with the split much more focused. In fact, it’s pretty much 100% work.

And don’t we all know it: productivity has never been so high. But Forbes touch on the danger of this  where they talk about how “this focus on work, work, work, comes at a steep price: loss of social cohesion, loss of mutuality, loss of a sense of belonging — and ultimately, a loss of safe space.” We also addressed it in a recent blog where we asked whether productivity has come at a human cost?

If you really want to cultivate psychological safety in your workplace it’s crucial to actively carve out space for people to just be… people. To chat, tell stories, and share a little bit of who they are outside of work. We don’t have to squeeze the juice out of every single second of our day and, in fact, we can actually get more out of our teams if we plug into our community and connectivity.

There’s a ton of incredibly rich dialogue out there on the subject of psychological safety, but one of the most interesting nuggets that we wanted to share with you, courtesy of Forbes, is this: safety is not the same as comfort. In other words, being psychologically safe at work is not the same as ringfencing your own personal comfort zone and refusing to ever step outside of it.

They use the analogy of the gym and it’s a good one. We all get the best out of ourselves when we push beyond a little bit beyond what feels comfortable, whether that’s lifting weights that build our strength, or doing something that makes us feel a little bit nervous – such as pitching our Q3 strategy to our CEO. If we want to evolve and grow within our careers – and as people – then we have to push past our comfort zone. As leaders, it’s important for us to encourage our teams to stretch beyond what they think they’re capable of in order to foster their growth and development.

Empathy is a critical part of your toolkit and it can have a huge impact on psychological safety in your teams. But how do you make sure you’re leading with empathy… rather than sympathy? Those who have seen the famous Brené Brown video on this subject will probably be smiling knowingly at this point. Because sympathy, while it can be well-intentioned, just doesn’t land in the same way. What you need to do is figure out what your team needs – not what you think they need.

In short, you can’t just make assumptions based on what you would want in the same situation. You have to tune into them individually and develop a greater understanding of what they need from you – is it more structure, more goal-setting, more flexibility or more support? Or none of the above? It’s only when you have a heightened level of self-awareness of yourself and others that you’re able to do this, and guess what? Self-awareness is our specialist subject.

Want to find out how we can support the teams in your organisation? Get in touch today. 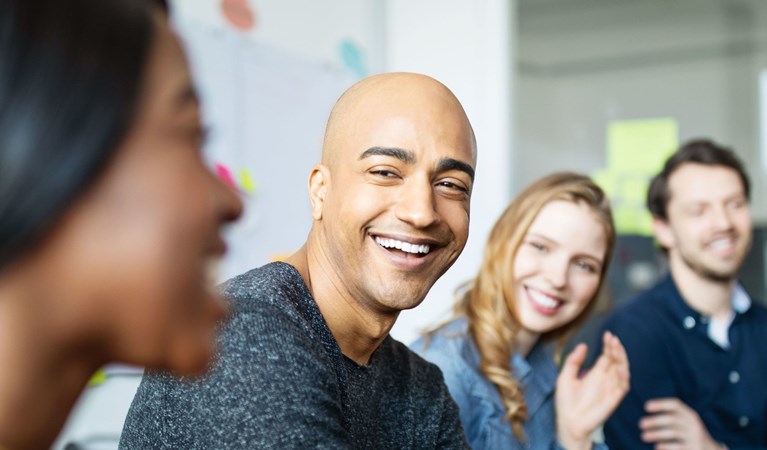 8 steps to achieve a growth mindset in your team 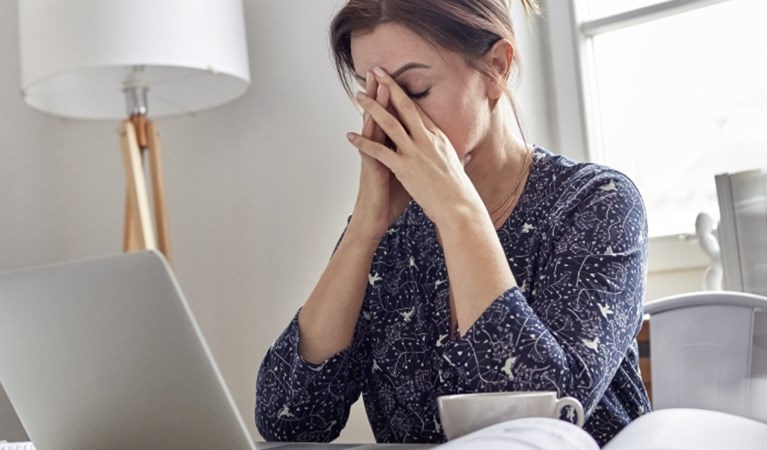 Virtual burnout: why productivity isn’t everything Building resilience through tough times, using the language of colour