What people need to succeed in the hybrid workplace: 5 key skills

“Not all individuals are equally skilled at operating within a hybrid environment. The ability to effectively navigate in a hybrid environment is itself a skill and therefore a source of power. Hybridity requires employees to be ambidextrous — able to balance between and navigate across both worlds — in a way that fully co-located or fully remote working don’t.” - HBR

For some the hybrid workplace isn’t a novelty. There are sectors – particularly the engineering, software and accounting industries – that have been successfully accommodating a mix of remote and office-based working since long before COVID-19 forced a change in approach. Yet everywhere you look the topic of hybrid working is dominating conversations: creating the right hybrid workspace, managing people in the hybrid world, building an inclusive hybrid work environment. Although hybrid working isn’t new, it’s new to the majority of people and organisations who are used to the idea that a person works either in an office or from home. Even now HR people across the globe are scratching their heads over the terminology in their employment contracts, salary weightings for high-cost cities and their hot desking floor plans. Large scale hybrid working models – such as 72% of business leaders intend on introducing – are operationally very difficult to implement. But as hard as they are to manage from a business and change management perspective, they’re equally as difficult to navigate as an individual, which explains the tumultuous online dialogue: people – and businesses - are looking for help.

In his article about returning to the hybrid office, Laszlo Bock, former Head of People at Google, warns about the many dangers of failing to address people concerns. Talking about people who feel drained after the last year, he says: “The result is a fatigued and fragile workforce that in many cases will collide with a senior leadership team that is keen to get back on track and resume a trajectory of rapid growth. This is a recipe for disaster, and it’s critical that senior leaders, managers, and HR teams build a plan to address the vulnerabilities in their teams.” What he stresses – and what a McKinsey report evidences – is that people are burnt out. More relevantly, they’re burnt out by uncertainty about their workplaces. While businesses are spending time making decisions about what the future of their hybrid workforce will be, their people are struggling, uncertain about their job security, their roles, their teams, their current plans and their future opportunities. Buried in all this existential angst are people who want to do good work. To help them – and the leaders who want to make the transition to the hybrid workplace as painless as possible – we’ve identified five skills that individuals can develop to re-board successfully into this new way of working.

We’ve all had to be resilient for so long that we’re at the point we need to call it an extreme sport. The term resilience implies stretching yourself for a temporary period to return to a comfortable norm; but we’re many months past temporary, and it’s unlikely many businesses are returning to anything resembling what they were pre-2020. The skill, then, that people need now is endurance. Merriam-Webster defines endurance as “the ability to sustain a prolonged stressful effort or activity”. It’s less about holding out for a return to normal, and more about getting through a turbulent period without losing heart. Considering that more than half of employees are considering leaving their jobs – the majority due to disengagement and burnout – endurance could very well be the skill that stabilises the workforce.

Like resilience, the term flexibility implies returning at some point to a comfortable norm – you bend and then you resettle. But the nature of the hybrid workplace is unsettled. People need to be as comfortable in their home office as they are in their organisation’s collaboration space; they need to share information as readily with team members sitting at home in another country as they do with colleagues at the next desk. Fluidity is the ability to move easily from one situation or environment to another without being drained by the effort. In the shift to hybrid working flexibility is important – from both employer and employee – but the people who will thrive will not just flex; they’ll flow.

One of the biggest benefits of getting more time to work from home is a better work-life balance. But studies have shown that people actually spend more time working to over-compensate for this perceived luxury. "More than half of employees who are currently working from home worry their manager doubts their productivity” said Natalie Baumgartner, chief workforce scientist at Achievers. “To compensate, more than 2 in 5 employees are starting their workdays earlier or working later, and more than a third are skipping lunch breaks in an effort to show productivity to managers." This behavior is destructive, and it stems from entrenched stigma regarding home working. Many home workers have been on the receiving end of friendly barbed comments from their office-based counterparts, but in the hybrid world, working from home no longer needs justification. The practice of self-care encourages people to resist the urge to work later and put their overall wellbeing first. The people who can do this – who can step away from their desk at lunch, play with their kids, take the dog for a walk, and really separate themselves from their job during non-working hours – will get the most from their hybrid workplaces.

Autonomy is not generally considered a skill; it’s a condition - a privilege you either have or don’t have. At work, your level of autonomy is largely linked to your role and the relationship you have with your manager; a front-line worker, for example, has limited ability to choose their projects and priorities because they have constant immediate service demands. However, in the hybrid world, the exercise of autonomy is a skill that will let people control more of their working time - and that’s not just about when they have lunch or arrange personal appointments. Hybrid autonomy is about making the decisions that will help you succeed in this working environment: making strategic choices about what you do when working in the office (who do you really need to meet in-person) and when working from home (when do you need uninterrupted time to get something finished); proactively maintaining and building new connections with remote colleagues and stakeholders; even choices such as setting up your home office to allow you be equally productive. Hybrid working doesn’t reward passivity; people are less visible than before, so their work isn’t on display, and often they aren’t invited to advise or comment on other projects because they simply weren’t top-of-mind. Being independent and proactive – using your time to take charge of your internal profile, your relationships and even your development – is how people can best exercise the autonomy granted by the hybrid model.

“Hybrid environments reward employees who think and act adaptably and flexibly, who are able to organize and coordinate across a complex and dynamic environment, and who are able to establish and provide evidence of their own trustworthiness when working in a context of low visibility.” - HBR

Virtual innovation isn’t about new digital technology. Well, in a way it is. Hybrid teams need to work together to share and implement ideas as effectively as office-based counterparts, and that almost always involves digital collaboration tools. But thinking about innovation as a skill – encompassing initial ideas sharing, cross-functional collaboration, developing ideas, engaging stakeholders, prototyping, testing, re-developing – it becomes much harder when factoring in hybrid working. It’s rare that project teams will all be together in the same physical space, which is traditionally where the best ideas emerge. Virtual collaboration tools can’t entirely recreate that environment of free-flowing ideas exchange, nor can they simulate the electric energy generated by a group of people in the Dionysian tide of creativity. In a recent study Microsoft has stated that working remotely has the potential to damage their long-term innovation due to the altered nature of communication. They admit their employees aren’t having the same richness of dialogue, which affects how well information is shared. The ability to overcome these barriers and successfully use the tools available to continue innovation - whether working from home or in the office – will be immensely valuable for both individuals and teams. Tech consultant, Aviv Ben-Yosef, advises teams on small changes that can assist virtual innovation, including opting for open chat conversations, rather than private messages:

“Have open communication — no private Slack messages on work-related stuff — so others might notice and chime in. Encourage peer reviews and sessions of working together to prevent people from becoming lost or going off on the wrong track for too long. The key here is communication.” – Aviv Ben Yosef

Individuals can take the initiative here and encourage innovation for their own teams by over- (rather than under-) sharing and re-creating – as far as possible – the open dialogue of their office spaces.

There are many other skills that the hybrid workplace demands, many of which are interpersonal. The skills of emotional intelligence, effective leadership, influencing others, and building positive relationships have never been more important, especially while people make the transition to working partially, or fully, from home. For example, leading a team you work alongside daily and eat lunch with is a very different affair to leading a team of people you may never actually have met in person. But these aren’t new skills – they’ll always be in-demand. The five skills of endurance, fluidity, self-care, hybrid autonomy and virtual innovation are perhaps less familiar.

In a study by McKinsey on C-suite executive expectations about the future of work, they reported that only 10% of executives expect people to work in the office more than 80% of the time. Astoundingly 99% of executives had this expectation pre-Covid-19. This reversal is just one of the reasons we’re entering an uncharted landscape where we all have to flex unfamiliar muscles. While the hybrid workplace is still new to many of us, people need to dial up the skills that will help them transition, navigate and succeed, until the hybrid workplace becomes simply…the workplace.

Insights is a global people development company with almost 30 years’ experience in delivering learning interventions to individuals, teams and leaders. The core of our solutions is self-awareness, which is the foundation on which many soft skills are built, including resilience, communication, collaboration and leadership. Our teams are spread across the world and we’ve been helping our customers keep their people connected virtually and face-to-face as we all navigate a changing landscape. Find out more at www.insights.com 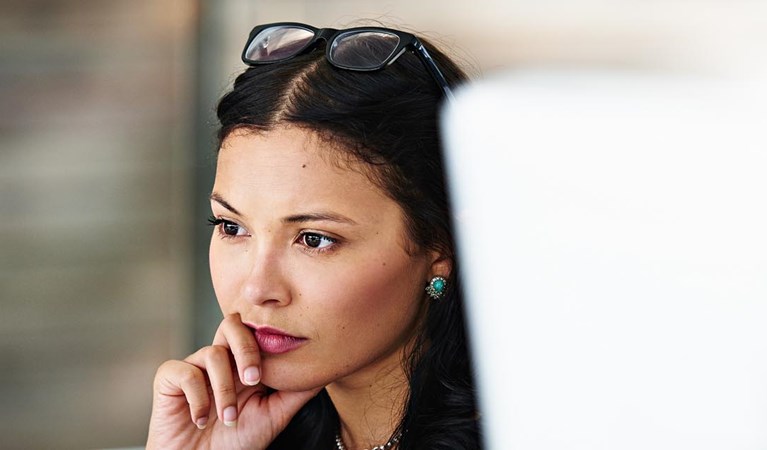 Why empathetic leadership is so effective and how to use it… 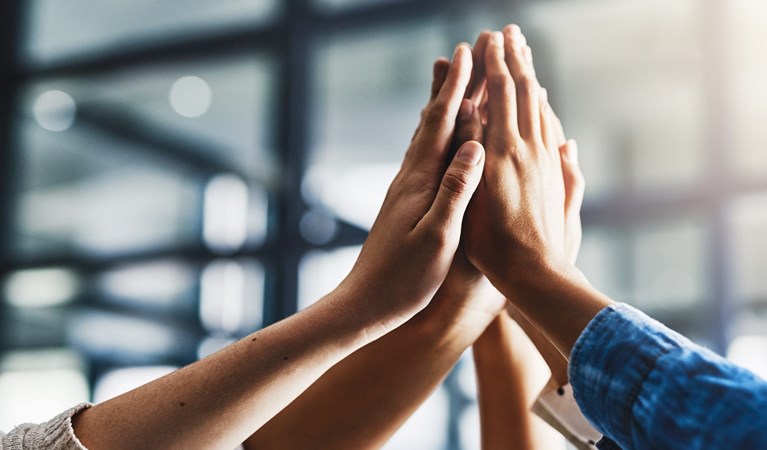 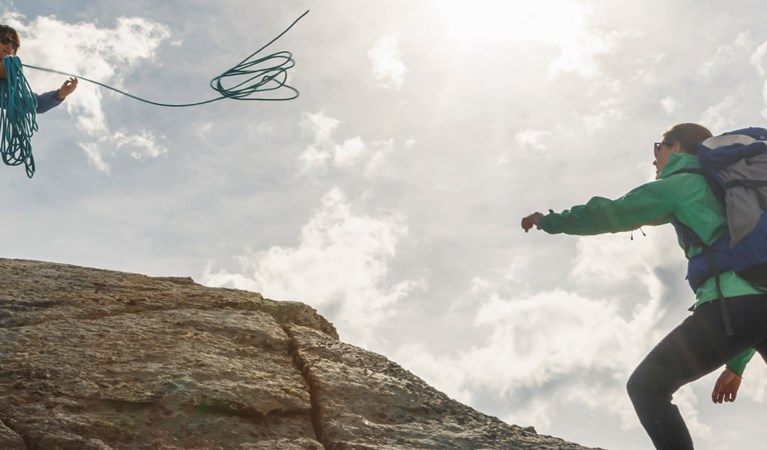 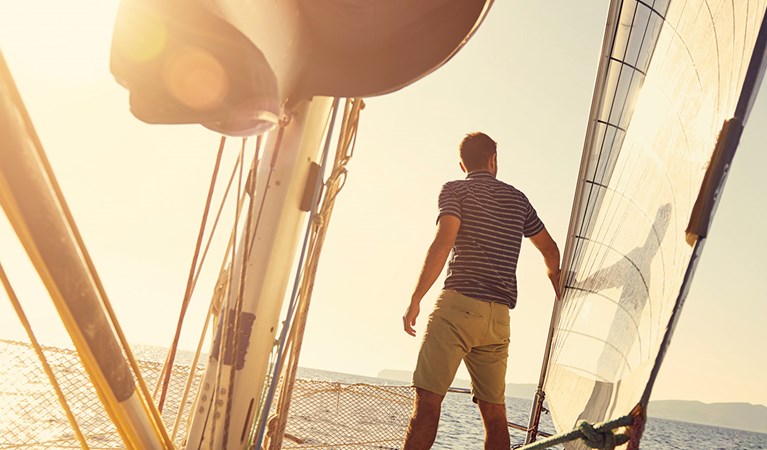